The first ever Bristol Comedy Garden event was held this year at Queen Square in the heart of Bristol. I managed to get tickets for the Wednesday showing, but in total there was 4 event nights with different comedians each night. Personally I think I managed to bag tickets for the best night, but there were some top quality comedians lined up across all nights.

Now I had been to Queens Square before and its a lovely little grass square located just off the centre of Bristol. Only once I got there did I realise it was being held within a circus tent! (which was relieving seeing as it was raining)
On the night I was attending (Wednesday, Jul 20th) the acts were split into 3 main stand-ups, hosted by Dan Atkinson. Initially we had a nice introduction from Dan, followed by Alun Cochrane, Pete Firman and for the finale we had Russell Howard 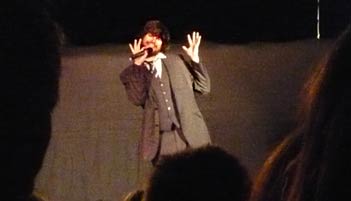 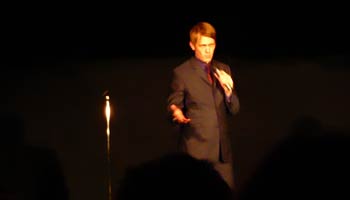 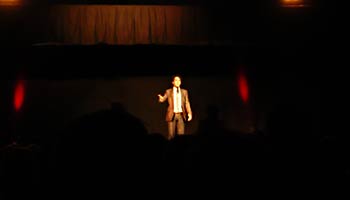 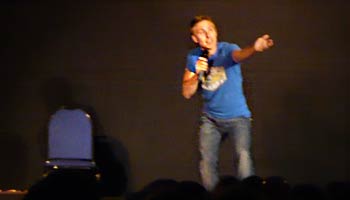 Considering I had not heard much from Dan before, he done a great job of warming up the crowd with a bit of an introduction and a few hearty beer jokes. You will notice this night has a running theme of alcohol related jokes…guess they knew the Bristol audience a bit too well.

After the initial introduction on came Alun Cochrane. Now I had pretty high hopes for Alun as friends who had seen him live loved it. I had seen some of his stuff on the TV show 8 out of 10 cats and thought quite highly of him, so I was expecting a lot.
Personally I loved watching Alun on stage, he wasn’t the most lively or energetic stand-up but the way he delivered the jokes was excellent, usually through weaving an intricate story or even a minor observation (even at the start Alun said he didn’t tell traditional jokes). Alun went on to tell jokes about the mundane things in life such as train journeys and ‘Open Window’ scented air fresheners. Again the topic was soon directed on to alcohol, and in particular Wine drinkers. Alun drew some great comparisons between the drink, and the drinkers and how age-oppropriate drinking has become commonplace nowadays….but yet nothing can beat a cup of tea.
If you enjoy a bit of dry humour and witty observations then Alun Cochrane is definitely a comedian you have to see – 5*

Second up to perform was not your traditional stand-up, definitely a curve ball in the mix. Pete Firman is actually a magician more than a stand-up comedian, saying that though he still managed to keep the crowd entertained with his performance and slightly rude jokes. If you were growing up in the 00’s then you may have seen him on Magic programs such as Monkey Magic. I think his act compromised of around 5 tricks in total so he managed to carry it off pretty well. The illusions involved some small handkerchief routines, the newspaper Tear and Restore trick and of course the Nail in the Face. You may think these sound like very easy tricks to pull off, but they were carried out really well and the whole crowd was entertained – 4*

And lastly the main event was Russell Howard, currently one of the most popular comedians in the UK, a well-deserved proclamation. The whole Bristol Comedy Garden event spanned over 4 nights, however the Wednesday night was the only one fully sold out due to Russell Howard. Obviously people had some love for this local (Bristol born) comedian. Russell went on to tell jokes about his encounters with trains and the forced listening of other peoples music, daytime TV and his neglect for the written word, dog toys and his girlfriend. Now if you have ever seen a Russell Howard stand-up before then the last two will not come as a surprise to you as its fairly obvious he has a fond love for his dog and his girlfriend (most likely in that order). Russell also answered a few of the most irrelevant and un-helpful questions ever asked by an audience, including ‘why do you drive a womans car’, followed by ‘why were you in a rush to get away from me earlier’. Obviously Russell had a couple of stalkers in the crowd!
Was an excellent performance though, as expected, he is definitely worth a visit if he is appearing in your area – 5*

Overall it was an excellent event of top-quality comedy from a broad range of comedians. If I was a Bristol resident then I would definitely had got tickets for all 4 nights.
Lets hope its back again next year!

We try to publish as many articles as possible, however finding the time to write is getting rarer and rarer. Therefore enjoy what we have posted and Follow Us to keep updated. Why not help out and become a Guest Author?